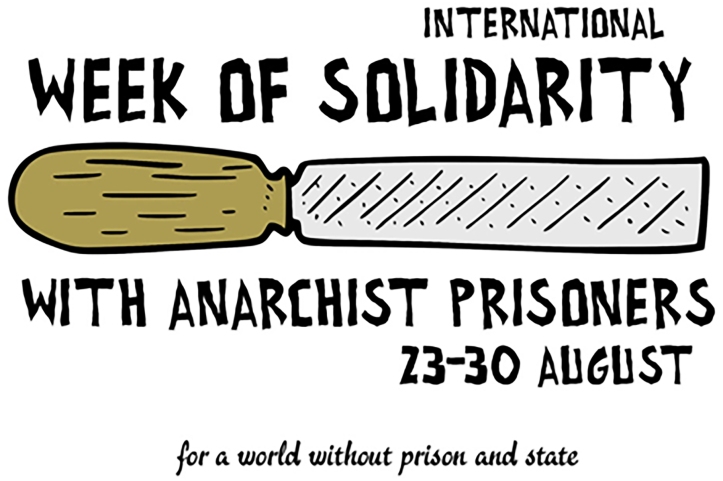 The piece below is from the D.i.Y.CULTURE#10 | The Anarchist Revolution – Then And Now edition.

PLEASE NOTE – For the best viewing experience, we recommend that you download the PDF of DiY Culture No.9 from DropBox to your PC/laptop/phone.

“Anarchists are the radical of the radical – the black cats, the terrors of many, of all the bigots, exploiters, charlatans, fakers and oppressors. Consequently, we are also the most slandered, misrepresented, misunderstood and persecuted of all.”

A new decade has started on this planet. With the rise of right-wing movements and the slow decline of social democracy, we are looking into coming years of intense struggle with the state and capitalism. There are already many anarchists sitting in prisons for taking on this fight—forgotten or ignored by liberals and human rights NGOs for “violent” actions.
Quite often anarchists do get solidarity from parts of the society from which they are come. After all who can support one better than their own fellow humans trapped in the same misery of exploitation. However, we believe that responsibility for those facing repression in different parts of the world should not be only on the shoulders of local communities, but of international anarchist movements. Through our collective actions we can not only more widely diffuse the resources that are available, but also keep the fires burning in the chests of those imprisoned through autonomous revolutionary love and direct actions!

This is a call for you to act in solidarity with imprisoned anarchists all around the world. From the 23rd of August 2020—the day of execution of Sacco and Vanzetti, you can do everything, limited only by your imagination. Put some of that vast imagination into action to make people feel your energy and show our collective strength in revolutionary struggle!

Angry Workers of the World